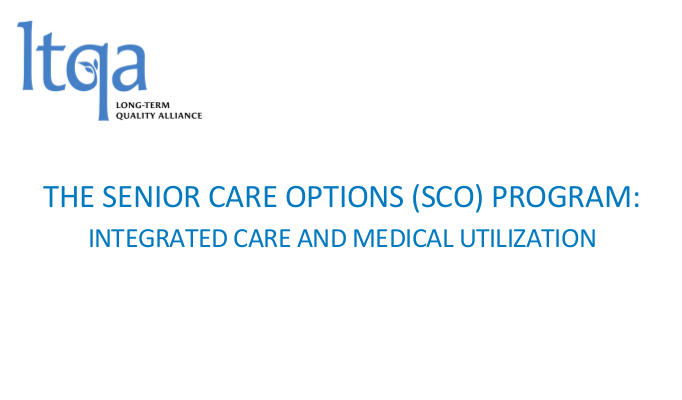 LTQA conducted a study of the Senior Care Options (SCO) program in Massachusetts, one of the earliest CMS Demonstrations integrating Medicare and Medicaid coverage for residents age 65 and older who have dual eligibility for both programs.

The study includes an overview of the SCO program and case studies of three of the six SCO plans that contract with MassHealth.  Two of the three selected plans have been in the program since its beginning in 2004. The third has been a SCO plan for more than a decade.

The study also measures (for 2015) the extent to which these three SCO plans achieved lower rates of health care utilization for their members with long-term services and supports (LTSS) needs than a similar population in traditional (“fee-for-service” Medicare); and speculates on characteristics and practices of the plans that could be associated with this difference.

This Study was made possible through a grant from the Blue Cross Blue Shield of Massachusetts Foundation.